District 37 recognizes the outstanding achievements in growth and leadership of our members each year with awards including the Club President of the Year Award and the Toastmaster of the Year Award.

The Toastmaster of the Year Award is chosen by the outgoing District Governor. It is awarded to someone considered to have contributed to the success of the district during the course of the year. 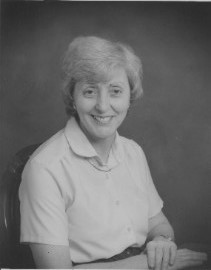 “Helen Yandle, a dedicated Toastmaster from Charlotte, touched many people with her warmth and enthusiasm for the organization,” writes Mary Cele (Bain) Brooks, 1985-86 District 37 Governor. During her Toastmasters career she formed several new clubs; served in all offices in several clubs; and edited several club bulletins. She served the District as Area Governor and Western Division Governor, and became a candidate for Lt Governor, Marketing.

During her Lt. Governor, Marketing candidacy in 1982, she died in an auto accident on her way to a Toastmasters meeting. District 37 was numbed by the loss of such an impactful leader, mentor, and dedicated member.

This award was created to honor her memory. Each year, an engraved plaque is presented to the “Outstanding Club President” in District 37 who exemplifies Helen’s spirit. The plaque is given in the Fall of each year, “to recognize the Club President whose efforts demonstrate the strongest motivation for club members to gain personal growth by taking advantage of the educational opportunities offered by Toastmasters International.”

This award is given to a Toastmaster who exhibits excellence not only inside Toastmasters but outside within the community. This award ended in 2018.