Toastmasters International has had a strong presence in District 37 for over 60 years. The Asheville Toastmasters Club (#436) and Greensboro Toastmasters (#439) were both chartered on January 1, 1947 and High Point Toastmasters Club (#582) followed on May 1, 1948. These three clubs created an alliance of leaders and speakers who began building Toastmasters to its current roster of nearly 4,000 members in over two hundred clubs across the state. Other currently active clubs that were chartered in the 1950s are Burlington, Cape Fear, Durham, Forsyth, Goldmine, Goldsboro, Kinston, Mercury, Northwestern, Queen City, Raleigh, Saturday Morning, and Tarheel.

In 1952, District 37 was honored to host a visit by Toastmasters International Founder, Dr. Ralph C. Smedley. Smedley attended the Fall Conference at the Battery Park Hotel in Asheville. Asheville Toastmasters Club member G. Edison Hill hosted the visit. Hill was honored by District 37 in 2007 for more than 50 years of leadership. He was also awarded the “TRIO Appreciation Shining Star Award” at the 60th Anniversary Fall Conference in November 2012. (The embedded photo above shows Hill chatting with Dr. Smedley on the rooftop Observatory at the historic Battery Park Hotel during the visit.)

For many years Toastmasters International was a men-only organization. The Chapel Hill Toastmasters Club opened its doors to women in 1973. Today, women comprise over 50 percent of membership in District 37, many serving in senior district leadership positions.

In 2018 Kevin Johnson of Talk of the Town Toastmasters in Greensboro advanced to be one of the final ten contestants of the World Championship of Public Speaking!

In 2020 Linda-Marie Miller of “FhIgure of Speech” Toastmasters in Durham took Second Place in the World Championship of Public Speaking!

See a list of our District Directors and their accomplishments. 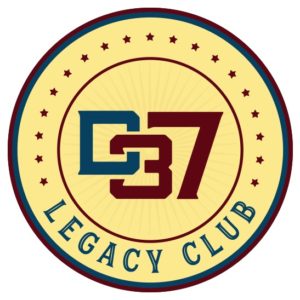 Extant clubs in District 37 that were chartered before 1980.